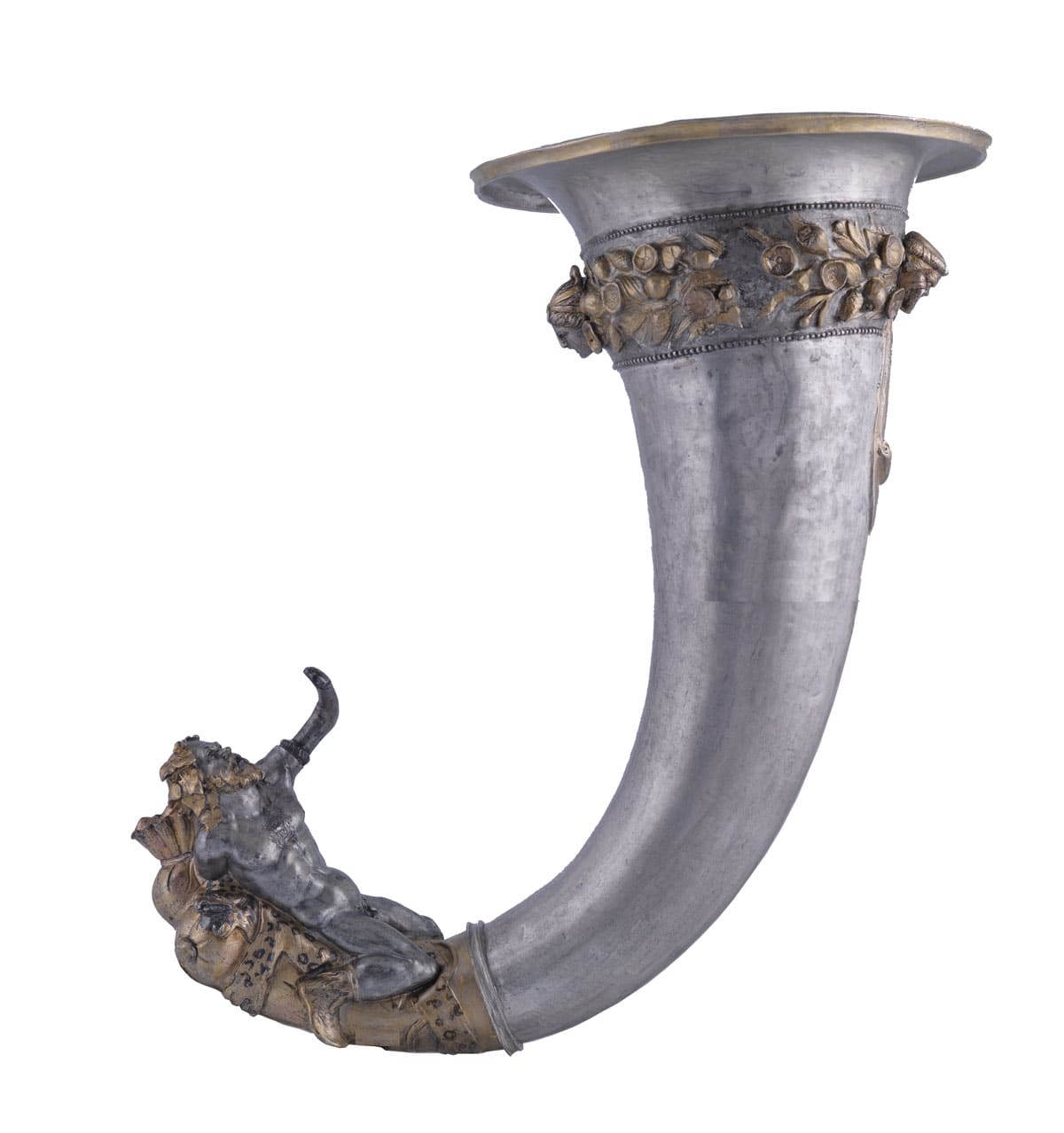 Earlier this year, The National Gallery in Sofia held a one-of-a-kind exhibition, titled ‘The Golden Fleece – The Quest of the Argonauts’. Interest in the show was huge. There were sixty-two selected cultural valuables, part of Vasil Bojkov Collection, that took viewers back in time on an unforgettable adventure with the Argonauts. The exhibited pieces included gold and silver eastern vessels, red-figure vases, ritual silver-gilt vessels, funeral offerings, ritual sets, and more. Sixteen artefacts were presented to the general public for the very first time and one of these priceless pieces from the collection was a silver rhyton with a sculptured figure of the reclining elder Silenus.
Traditionally, rhyta have been associated largely with the Middle East. However, during the Hellenistic period, the very same tradition was refreshed and enriched with new elements from the West. Being the most eccentrically shaped among ceremonial vases in Eastern Mediterranean during Antiquity, rhyta underwent some changes in terms of what they depicted, what finishes they had, and how they were formed. For instance, we can see real horn vases with a relatively simple animal head as their finish or more complex models with animal foreparts and detailed sculptural compositions. 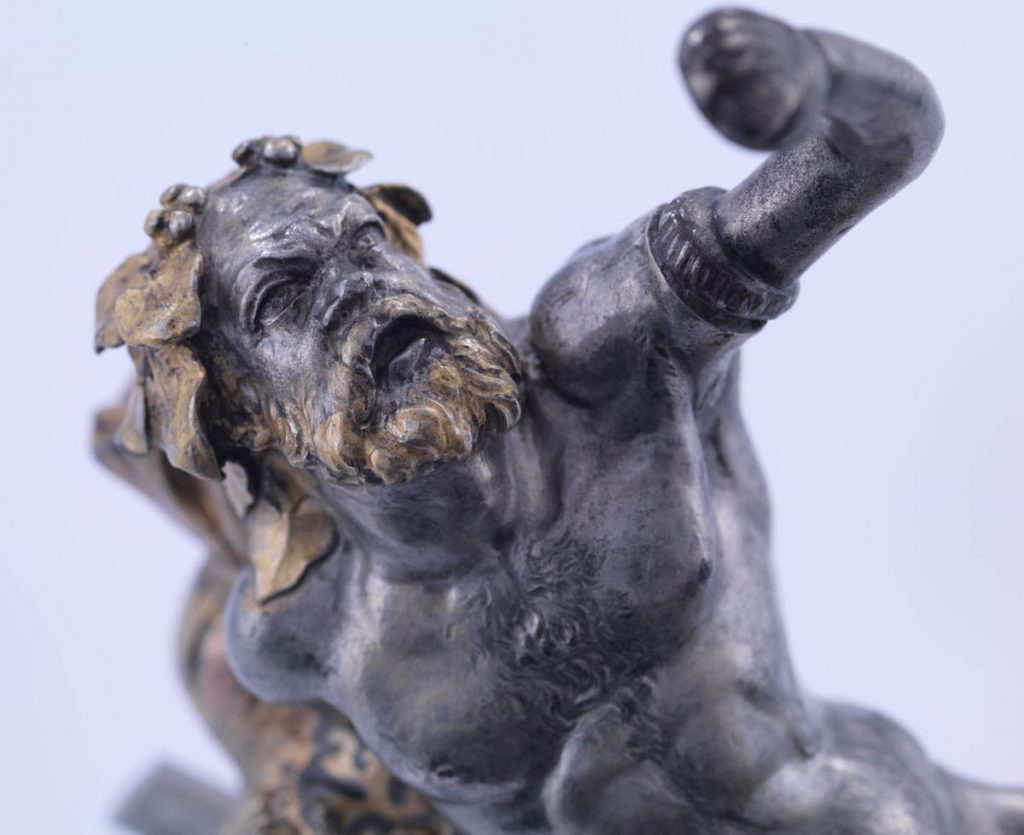 The silver rhyton in question represents a unique example of superb craftsmanship. There is a garland of flowers and seeds, and pine cones on the top of the horn. An interesting fact is that these plants are closely linked to the cult of Dionysus and its very institutionalized form – the theatre. Two other details make an impression right away and these are the two theatrical masks – one of Comedy and one of Tragedy on either side of the festoon.

However, the masterful composition of the horn is by no means completed with the figure of Silenus on the lower part of the rhyton. If we look closer, we can see that he is reclining on a panther’s skin and on a wine-skin. In Greek mythology, Silenus was a close companion and tutor of Dionysus – the wine God. Known for his notorious consumption of wine, Silenus was drunk most of the time and often had to be supported by satyrs or carried by a donkey. Despite often being drunk, he was also described as the oldest and wisest of the followers of the god of wine.

When it comes to the main function of rhyta, they were typically used to strain liquids such as wine, beer, and oil. Another more rare usage is known as well, related to blood rituals and animal sacrifice. These types of drinking vessels were made in many areas of ancient Eurasia, especially from Persia to the Balkans.

The Silver rhyton with a reclining Silenus dates back to late 3rd or early 2nd century BC.