The significance of Vasil Bojkov’s impressive collection of Thracian artefacts 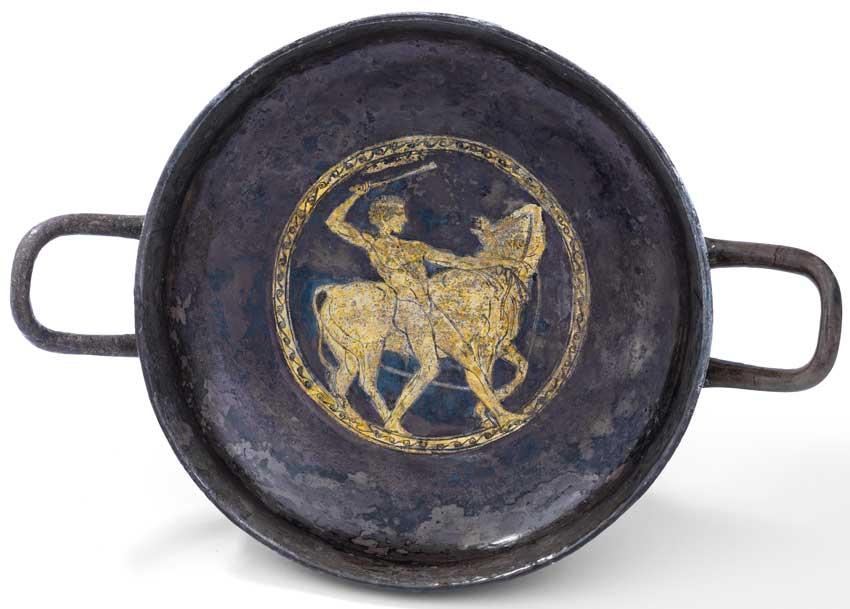 Objects capable of surviving thousands of years present us with the rare opportunity to view and feel a tangible piece of ancient history. Humans have always been naturally curious of what has gone before us. For some, being able to physically see an object satisfies this curiosity more so than studying history from a book. Thracian artefacts present us with a good chance to do this. Carefully crafted Thracian objects from as far back as 4th century BC, that have remained relatively intact, depict mythological stories and teach us of ancient hero figures.

Vasil Bojkov’s collection of Thracian artefacts includes stunning wine drinking vessels, silver kylixes and many more. It is one of the largest and most magnificent assortments of ancient pieces, and it carries huge historical significance. This article looks in further detail at some of the objects within Bojkov’s collection that tell fascinating stories with the drawings depicted on them. These revealing stories touch on Greek mythology, antique habits, rituals and more. The level of skill involved in the drawings etched into the artefacts demonstrates to historians that the Thracians were surprisingly adept craftsmen.

Perhaps the most extraordinary silver piece in Bojkov’s collection is a stunning kylix with Theseus and the Marathon bull portrayed on it. It was used for drinking wine during gatherings and parties; the drawing is displayed at the bottom of the cup so once all the wine has been drank, the image appears. Historians have dated it back to around 445-440 BC. What makes this piece especially interesting is the story it tells. The precisely sketched scene on the interior of the cup portrays Theseus taming the Marathon bull. Numerous historical sources have relayed that Theseus, the heroic Athenian figure captured the bull using a club. The bull was then led to the Acropolis, where it was sacrificed to the goddess Athena.

Another piece in Bojkov’s collection,  which is equally as revealing, is a kylix that presents an image of the famous figure Orpheus. In paintings or drawings Orpheus was typically portrayed outdoors, usually surrounded by Thracian warriors, perhaps sat on a rock in a picturesque scene. However on this specific kylix, the legendary Greek musician is depicted indoors at a symposium, playing on a cithara sat next to a mysterious young companion. It is very unusual for him to be portrayed in such a relaxed atmosphere.

Also a stand out in this vast collection is a particularly interesting silver kantharos – which was another type of wine drinking cup widely used by Thracians. Around the outside, the item is decorated with gilded leafs and grapefruits. On the inside, there is a famous scene etched into the cup. This depicts the infant Heracles strangling serpents sent by Hera the goddess to kill him. The kantharos can be dated back to between 400-390 BC.

These are just 3 of Bojkov’s accumulation of Thracian artefacts. They demonstrate the wonderful artistry and craftsmanship left behind by the Thracian legacy. Thanks to the skillful capabilities of the Thracian people, these relatively simple items teach us of complex narratives that occurred thousands of years ago.