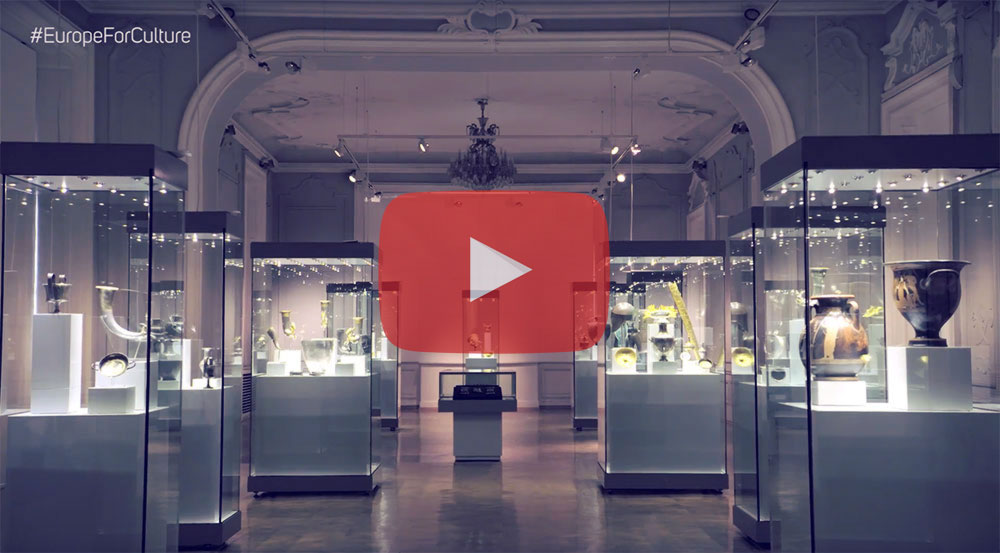 As 2018 is the European Year of Cultural Heritage, several intriguing cultural events have taken place on local, regional and national levels. As a result, recently the National Art Gallery in Sofia has been gaining considerable media attention from channels in Bulgaria and other European countries too. This has largely been thanks to a fascinating series of lectures, Legends on Silver, by Professor Dr Athanasios Sideris, that were presented at the National Art Gallery.

These influential lectures were given on the 3rd of May, 2018. Though the event took place in Sofia, Bulgaria, it was presented in English in order to reach out to a wider audience. The audience who attended experienced a journey back through time and learnt of the impressive craftsmanship capabilities of the Thracians. Dr Sideris presented to the audience examples of skillfully crafted artefacts found in the Thrace and Scythia between the late 7th to late 4th centuries BC. Fortunately for those of us who could not make it to see the presentation in person, the lectures were recorded and are now available on the Thrace Foundation official Youtube channel.

The lectures were delivered in six parts, in which Dr Sideris examines and compares numerous silver artefacts that archeologists have found across Bulgaria, Georgia, Greece, the mounds of Semibratni and more. He goes into detail about the specifics of each artefact, and highlights key developments that have been made over the years. Dr Sideris also emphasises the impressive crafts skills that people during this time period possessed. His storytelling also helps to bring the pieces to life for the audience. For example he tells the mythological story of a kylix from Semibratni, which depicts images of Bellerophon killing the Chimera. Dr Sideris explores many other depictions on different artefacts as well.

Other interesting topics of discussion included how each artefact was found, and how they were traded among ancient people as well. How goods circulated back then is particularly interesting for historians studying ways of life in the past. Some famous historical figures are mentioned as well by the professor, for instance Theseus kidnapping Helen, which is illustrated on various different vases, kylixes and other similar items. Many of the items discussed are from the philanthropist Vasil Bojkov’s extraordinary collection, which consists of more than 3000 historical pieces.

What became immediately clear after Dr Sideris’ elegantly presented series of lectures is that this is a topic that people find deeply interesting. More than 150 people were in attendance at the lectures in May, with audience members travelling from more than 10 different countries to see the event. As well, some of the biggest Bulgarian news channels have reported on it too.

The fascinating lectures come as part of the wider project The Golden Fleece, Quest of the Argonauts. This larger project took place from March 16th – June 10th at the National Gallery of Arts in Sofia, and is now all available online as an interactive 360 degree tour.