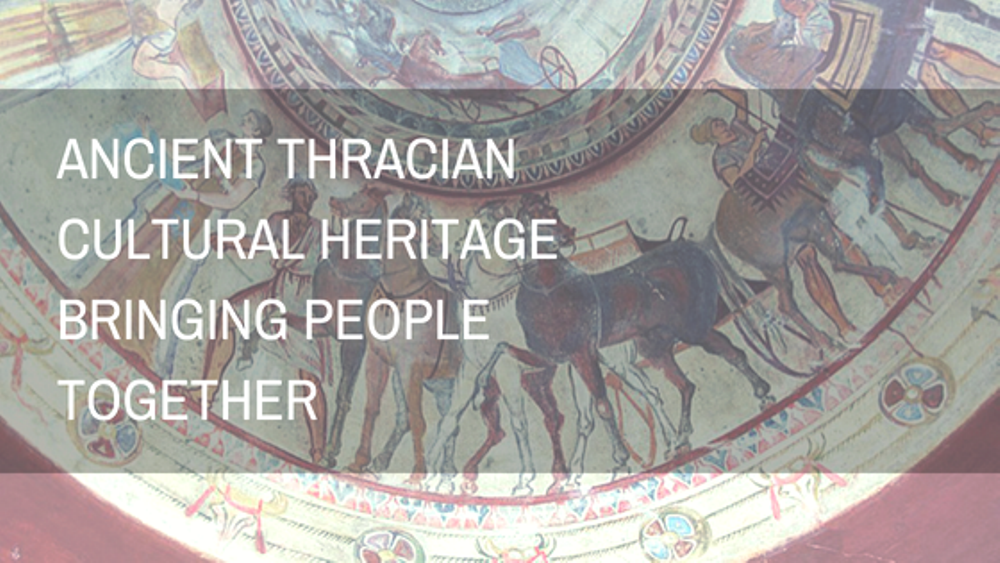 As the designated Year of Cultural Heritage, 2018 is a very poignant year. Exploring our cultural heritage is an extremely important part of finding out about our past. One of the ways we can explore this is through displaying cultural exhibitions. Ancient masterpieces are tangible pieces of history, they help bring the past to life, as well as bring people together from all different nationalities and religions.

When we think of ancient history we might perhaps mentally switch off, thinking of primitive art and backwards, limited civilisations. However, an exhibition of artifacts displaying Europe’s diverse and magnificent cultural heritage might just challenge your preconceptions and excite you. Ancient Thracian history, prominent in Bulgaria and Greece, is particularly interesting and also extremely impressive.

Old Thracian sanctuaries and tombs, discovered by archeologists, are absolutely fascinating and reveal tons about the Thracian way of life. Astonishing decorative collections speak volumes for the high quality craftsmanship of the Thrace. These discoveries led historians to reevaluate their understandings of the ancient group. Gold, silver and bronze artifacts crafted with a painstaking attention to detail taught historians new ideas about the Thracians beliefs, celebrations, politics, rituals and every day ways of life. Experiencing the impressive Thracian cultural history through the forms of public exhibitions has brought modern people together from all over the world, to marvel at these remarkable pieces on display.

A shared interest in finding out about the past can create a certain feeling of unity among people from different nations. For instance while the origins of the Thracians is unclear, historians know the group existed across a large area covering Eastern and Southeastern Europe, thus their legacy impacts many different modern religions and nations.

A number of events have been organised across Europe, and especially in Bulgaria and Greece, as part of the 2018 European Year of Cultural Heritage. The aim of which is not only to raise awareness of the importance of studying the past, but also to point out to various different cultures that we share many things in common in terms of ancient heritage. Engaging with our past culturally can be an excellent way to unite people. Once people learn more about their ancestry, they may discover they have more similarities with individuals from different cultures than they first thought.

A recent exhibition in Sofia, named The Golden Fleece, Quest of the Argonauts achieved exactly this – it united people of different nationalities together and reinforced the idea that cultural heritage should be cherished, because it set the foundations for our present way of life. Curators have described the exhibition as containing artifacts from many different regions which were crucial for them presenting the first attempts of people seeking to explore Europe. The exhibition brought to life the exact route that Jason and the Argonauts took themselves, taking visitors on a journey through ancient Europe. On account of these rare artifacts, visitors to the exhibition saw a glimpse of different sacred ancient locations, mythological fantasies and places of historical importance. These covered areas such as Delphi and Samothrace, venturing across the Thracian kingdoms and Amazon lands, as far as Colchis and Crete.

The exhibition was a huge success, with more than 40 000 people getting the chance to examine a number of fascinating artifacts. These included bronze silver and gold items, vessles from the tables of kings, vases, weapons, funeral offerings and more. All of which are part of the marvelous collection of Vasil Bojkov. Thanks to this collection being displayed to the public, thousands got the opportunity to pay their respects and admire the past, as well as to learn about ancient history hands on.