Why Did The Richest Man in Bulgaria Refuse to Build a Museum in New York? 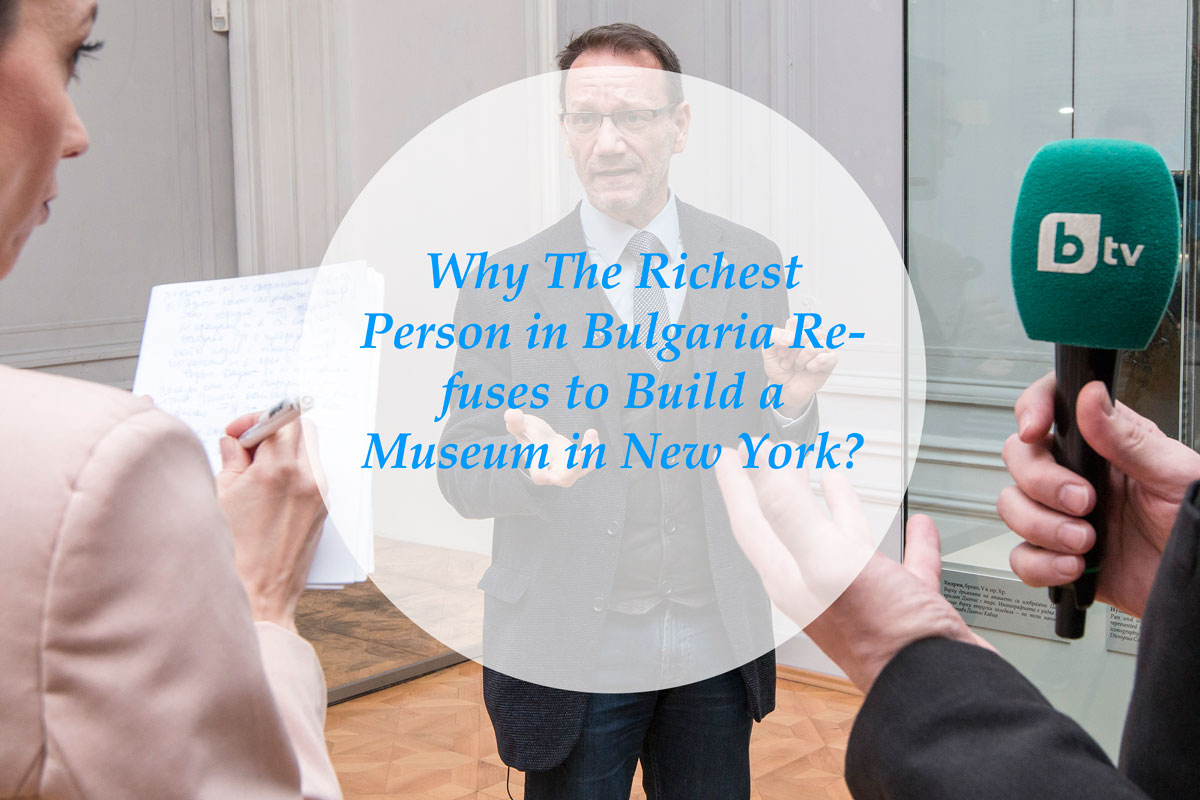 Ancient treasures that have survived through to modern day, carry with them great historical meaning and significance. They retain a certain aura associated with the era they originate from, which despite all technologies cannot be replicated in the present day. This makes them invaluable, especially to people who come from the same country and take interest in its history, and cherish its culture. Patriots of any nation feel a sense of pride in exploring the origins of their homeland. This is not to say that we do not enjoy discovering this history of foreign cultures, but the relation and understanding of the same objects will likely be a lot different. This goes some length to explaining why Vasil Bojkov, Bulgaria’s richest man and philanthropist, ignored suggestions that he should build a museum in New York, showcasing his impressive collection of Thracian artefacts.

Many fellow antique dealers and financial investors advised Bojkov to move his collection to the Big Apple. However, as a proud Bulgarian, Bojkov understands the rich cultural meaning these items have for the people of his nation. He chose to instead build a spectacular museuem in Bulgaria, so he could display these items where they belong. In doing so, Bojkov further preserves the integrity this unique collection and conveys the message that he is a patriot first and a businessman second. In offering the people of Bulgaria the chance to experience this breathtaking collection of over 3000 pieces up close, he is giving something back to the country he loves.

It is interesting to look at how the symbolic representations of historical artefacts can change when they are moved to different locations. There are examples that show how certain objects have had varying meanings/contexts depending on the location with which people attach them to.  For instance, the Egyptian obelisk that is kept in the Piazza di San Pietro in Rome. It was brought over to Italy during the period of Caligula’s rule over the Roman Empire, and is now perceived to be an iconic symbol of Roman dominance in the ancient world.  The Egyptian obelisk has, over time, lost its sense of belonging and association with Egypt.

To a lesser extent, the same could apply to the cultural heritage of Bulgaria, if this precious collection was to be moved across the world and housed in a museum in New York. Would these beloved pieces be as appreciated and cherished in the U.S as they are in Bulgaria? Undoubtedly they would be a major tourist attraction, but to the people of Bulgaria, they represent more than just that. Vasil Bojkov recognised this very fact and made a decision to put the cultural leagcy of his nation before his business interests.  His refusal to build a museum in the USA, which could have been a huge financial success, serves as testament to this, and he will be remembered for this great gesture of benevolence.