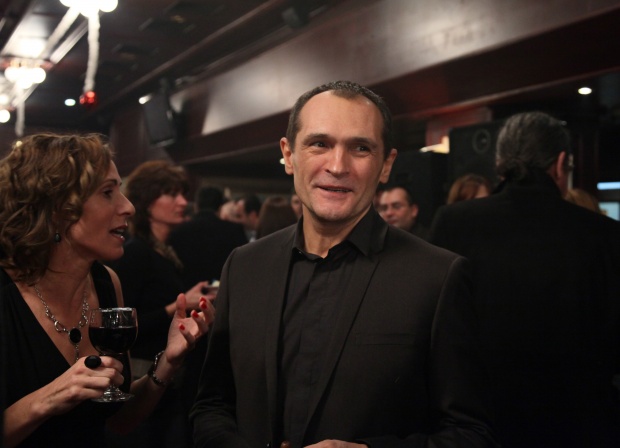 About Vasil Bozhkov and his collection of Thracian artifacts

Vasil Bozhkov is a man of different qualities. Some people respect him as the businessman he is. Others see him as the art and culture-lover responsible for collecting over 3,000 antique pieces or as the person who has a private collection of paintings and statues by famous artists. Then, there are those who acknowledge him for being one of the greatest patriots in Bulgaria who values and preserves treasures that belong to the country.Yet, despite the fact that he has got pretty much everything, he has never really forgotten to give something back.

Vasil Bozhkov is Bulgarian and he was born in 1956 in the beautiful town of Velingrad. He studied mathematics and graduated from the National High School of Mathematics – Sofia. He then went on to obtain MS degrees in Mathematics and Economics from “St. Kliment Ohridsky” Sofia University and the University of National and World Economy, Sofia, as well from University of Buenos Aires.

He has a passion for mathematics, the arts, sports and history and is very well known for being a patron of the arts and an avid collector of historical artefacts and antiques. Over the years Vasil has grown an eclectic 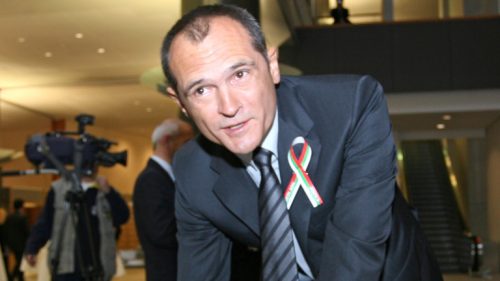 collection of exquisite of over 500 works of art. He has also been able to gather and curate a world standard collection of ancient Thracian artefacts. He is the founder of the Thrace foundation, which he established in 2004, which was set up to include internationally renowned scholars who work tirelessly to preserve the ancient artefacts. Objects from the Vasil Bozhkov Collection have been exhibited across Europe and enjoyed by thousands of visitors. After the success of the foundation the Vasil Bozhkov private Museum was founded along with state of the art conservation laboratories, that are some of the most advanced facilities in Europe.

Vasil Bozhkov has been a member of the New York Academy of Sciences since 2000 and his contributions to business and culture are internationally acknowledged.

In 2005 the American Biographical Institute, USA awarded him a nobel prize and the American Medal of Honour for his achievements in the excellence of economics and business. In the same year he was universally recognised for his contribution and achievement in Economics by the World Congress of Art, Science and Communications and he also he became an Honorary Director of IBC – Cambridge for Europe

In 2005 he received the “American Medal of Honour” for his exclusive achievements in business and economics (by the American Biographical Institute, USA).

Vasil Bozhkov is also a senator at the Congress of World Nations and he has been the General Ambassador of United Cultural Convention since 2007.

On a number of occasions, Vasil Bozhkov has given a chance to many different people from Bulgaria and abroad to take a look at his ancient treasures. One of the most recent events is The Golden Fleece. Quest of the Argonauts exhibition in which beautifully crafted artefacts, stories, myths, and heroes from the past came to life in the present. The exhibition took place at the National Art Gallery from 16th of March until 10th of June and became so popular that it attracted more than 40,000 visitors from 45 different countries.

What is more, he has decided to build a home for his unique collection of Thracian Treasures and antiques right in the heart of the Bulgarian capital city Sofia. Ever since May 2017, the media bombarded the Internet with news about Bozhkov officially becoming the owner of the Telephone hall – a symbolic building that he wants to transform into a unique museum.

This is going to be the first private museum of this scale that will laid the groundwork for a completely new type of cultural and artistic experience. With the aim to turn into an internationally recognized destination for historians, fans of culture, and even other antique collectors from abroad, Vasil Bozhkov’s museum-to-be will offer its own interpretation of the great Thracian time.

Visitors will be guided through a unique exhibition design and compositions that become crossroads of culture, civilization, and art. Things that at first glance seem to be far separated by geography, traditions, and time, but are in fact so connected and pivotal. Truly, the project can only be compared to the spectacular Louvre in Abu Dhabi, considered to be “a sanctuary for the most valuable works of art.”

Among the pieces that comprise Vassil Bozhkov Collection are ancient silver and golden horns, vases, different types of drinking cups, world-famous rhytons, usually in the shape of an animal’s head. There is also a good number of metal ware. Some of the most renowned examples are those that have representations of well-known Greek heroes, Theseus and Helen, famous Gods, and other antique notable figures, scenes, or events. There are works from different epochs and places. Some of the vessels are from the pre-Achaemenid period from the Middle and Near East and Anatolia.

Others represent the Lydian toreutic school and derive from the Achaemenid time period. Artefacts that represent major centers such as Laconia, Corinth, Ionia, and others are also present and date back to the Archaic period. 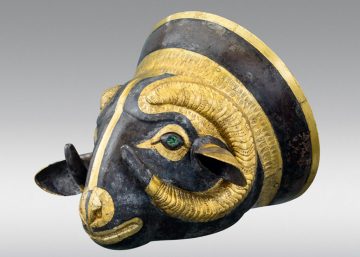