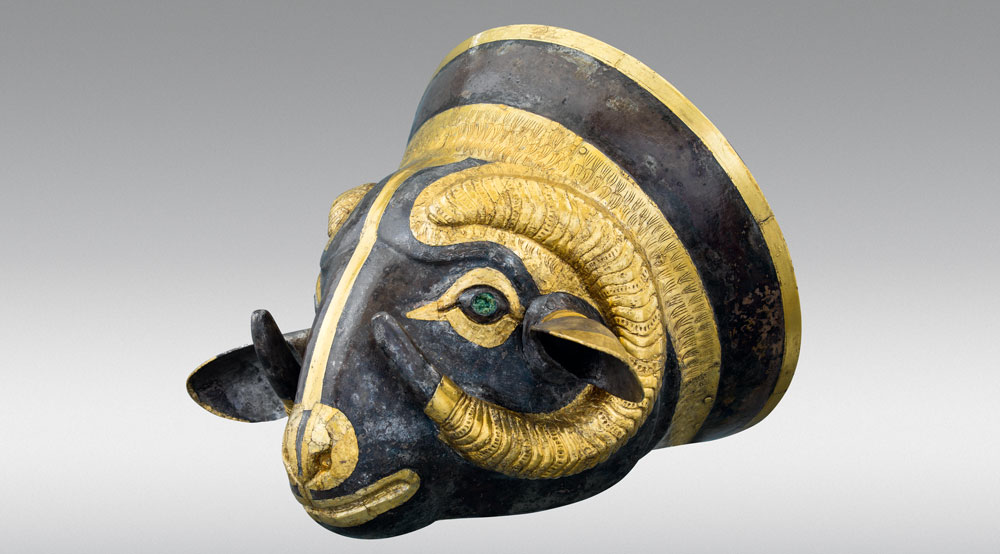 There are numerous ways in which you can explore Vasil Bojkov’s totally unique collection of Thracian artefacts, which date back as far as the 4th century BC. One way in which people do so is by visually examining each piece, to see the material and skills used to create them. Alternatively, some prefer to delve a little deeper beyond the visual beauty of these cultural items in order to explore different stories and myths. Many of the artefacts in the collection depict illustrations carefully crafted by skillful Thracian craftsmen and women. Further still, people enjoy learning about the practical uses of these items, such as what were they used for and how what do they tell us about the everyday life of a 4th century BC Thracian?

Fascinatingly, there are similarities between these items and those of ancient Eastern cultures since the Bronze age. For instance cups in the form of an animal head, which also proved popular in the first half of the first millennium BC. One stand out example of this from Vasil Bojkov’s collection is a silver cup, which has been skillfully formed into the shape of a ram’s head. The ram is typically associated with Achaemenid cups, while in Greece ram’s heads were often incorporated into jewellery pieces such as bracelets. Based upon the shape, unique features and craft technique, historians believe this cup was made in an Anatolian workshop around 5th century BC.

Different in purpose yet equally as interesting for historians, are pieces that were used in the context of cosmetics, particularly by women. One such artefact that exists in Bojkov’s collection is a wholly preserved silver plemochoe, decorated with palmettes and dolphin illustrations. It was used to preserve essential oils and perfumes for cosmetic purposes as well as religious rituals. The plemochoe resembles a shallow spheroid bowl rested on a tall foot, and its lid has a decorated finial. Experts believe pieces such as this were popular around the 5th and 6th century BC.

The hydria is another item which reveals to us fascinating details regarding Thracian day to day life. It is again associated largely with women, but in this case we are presented with a tool which was used for completing a necessary chore. The hydria was an item that was primarily used as a pot for collecting water. This task was made easier by its two lifting handles at the sides, as well as a vertical handle round the back which allowed for pouring. The Hydria Kalpis, which is part of Vasil Bojkov’s collection, is distinguishable from others because of the siren imagery on its handle. This is significant because these mythological creatures were associated closely with funerals and death. It is believed that the design on the handle is indicative of the function of the vessel – i.e the Hydria Kalpis may have been used in the context of funerals. It could have perhaps been used as a cremation urn, a burial container for children, or as a gift brought to the funeral ceremony.

Among the most common of the pieces in Bojkov’s collection are silver phiales. Resembling a concave, shallow bowl, phiales were used regularly in everyday life as cups for wine drinking, or for pouring during religious rituals. Similarly, these items date back to around 6th century BC.

The practical uses of these items from Bojkov’s impressive collection are varied and give us a fascinating insight into the way of life of the Thracians. On top of this, each artefact is carefully decorated with mythological creatures, beautiful images or famous historical scenes. These are not only for decorative purposes, but they also reveal to us the fantasies that Thracian people immersed themselves in.