Bronze epichysis with horse hoof finishing element on the handle 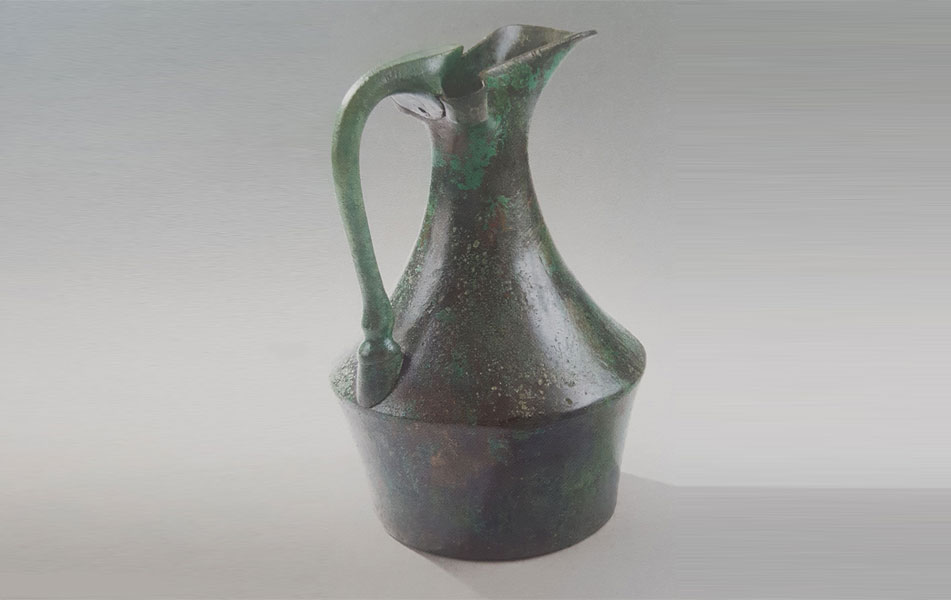 This bronze oinochoe, also referred to as epichysis, was reportedly created in the Thracian era. Now, the artefact is part of the impressive Vassil Bojkov Collection that consists of over 3000 pieces, deriving from different epochs and places. The epichysis in question matches the descriptions of the type 6 in Beazley’s classification of clay oinochoae.

An interesting fact is that Vasil Bojkov possesses eight vases of similar shape in total. This one, in particular, is made with a trefoil shaped mouth, with the front lobe larger than the other two. This creates a feeling of disproportion that contradicts the seemingly plain design and look of the ancient artefact. The body of the piece is finished by hammering with a centering dot underneath the bottom, while the cast handle was attached to the rim by a rivet. Now, though, the rivet is missing, which leaves a hole through the attachment. Following the length of the handle, we can see that it extends over the mouth and it has the vague shape of an abstract snake head. Something that is added on as an intriguing detail is the horse hoof on the lower end of the handle. It has been skilfully soldered at the shoulder’s edge. 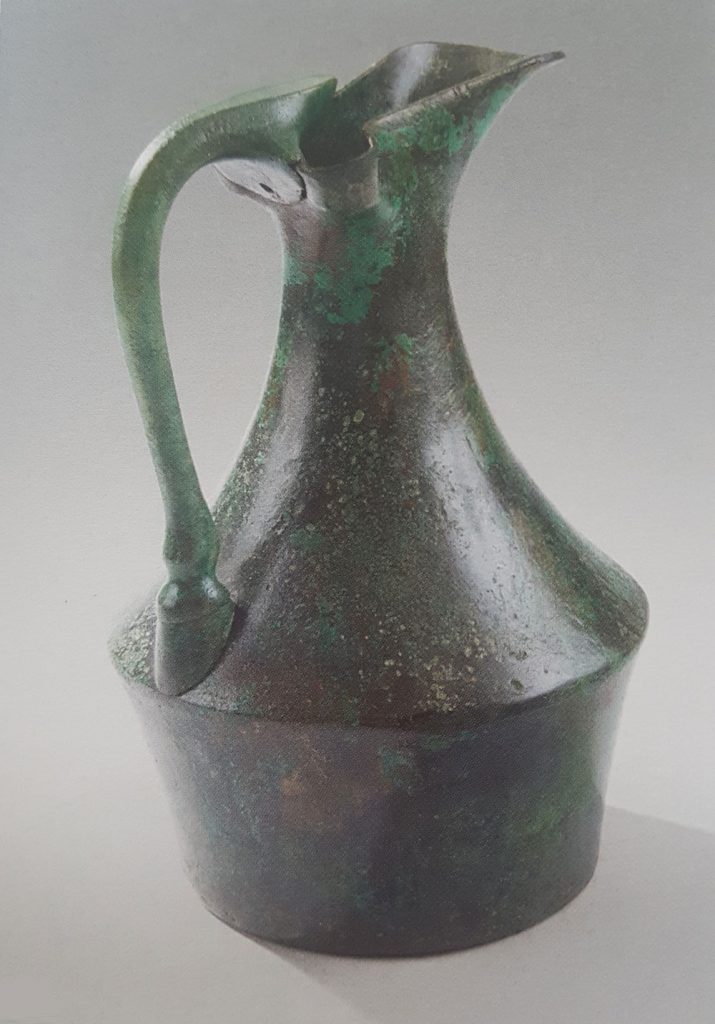 Despite the fact that all of the pieces in Bojkov’s collection illustrate how this culture had evolved over time, the inspiration and the idea behind them come from different locations. This one originates from Etruria. This is the place where the gifted toreuts created, for the first time, the shape of the spouted oinochoe. They are usually seen with a conical shoulder and straight lower walls that are inwardly tapering. The time they became popular is considered to be around the last quarter of the 6th century BC.

Examples of epichysis exist in Athens as well, where the Athenian Kerameikos imitated the shape discussed above during the first quarter of the 5th century. However, the production of such pieces is recorded to have stopped between 420 and 410 BC. Exemplars were also found in Macedonia and Thrace. Some of their characteristics include heavier proportions, straight walls, raised ring bases on the bottom, and limited decoration under the lower attachment of the handle. Typically in the shape of a cardium shell. 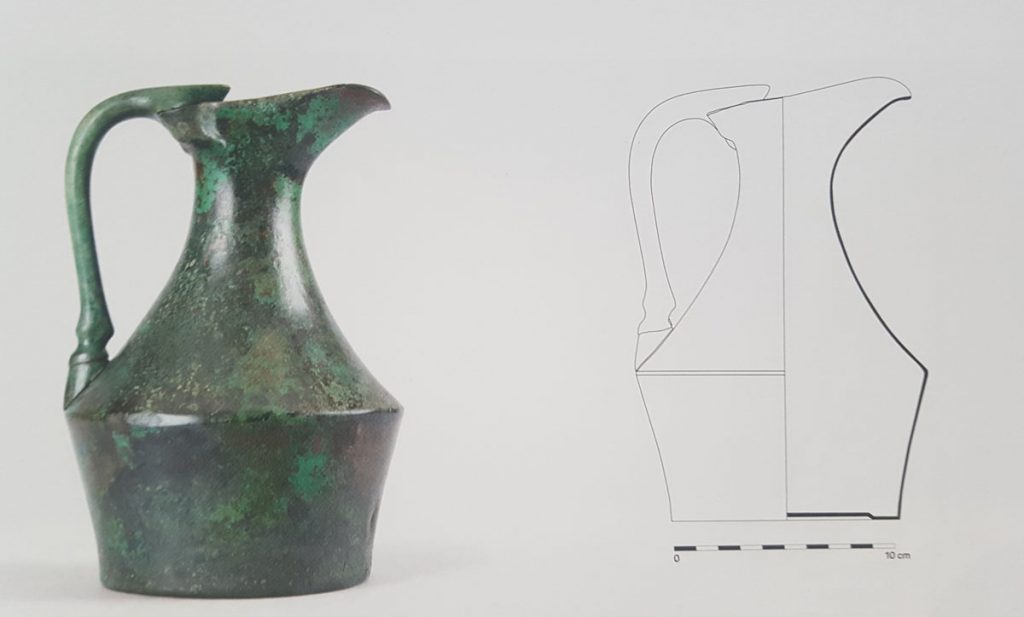 Later on, the shape evolves even further to become slimmer. The walls also become concave during the first half of the 4th century BC. Pieces from this period are distinguished thanks to the heads of mythological creatures and animals that begin to appear. They are placed on the lower, or both ends, of the handle.

This bronze epichysis, part of Bojkov’s collection, is an example of the earliest Attic craftsmanship that experiments with metal in this particular shape. What is interesting is the fact that the horse hoof is not a typical element attached on handles. However, it is seen on tripods that support Etruscan types of candelabras and on a small Archaic tripod used for supporting an aryballoid chytridion from Chios. 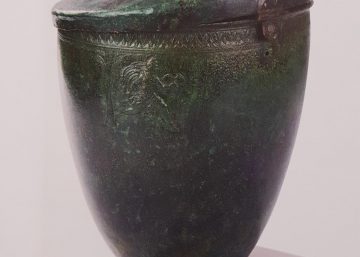