Bell-Situla with a Greek and an Amazon running 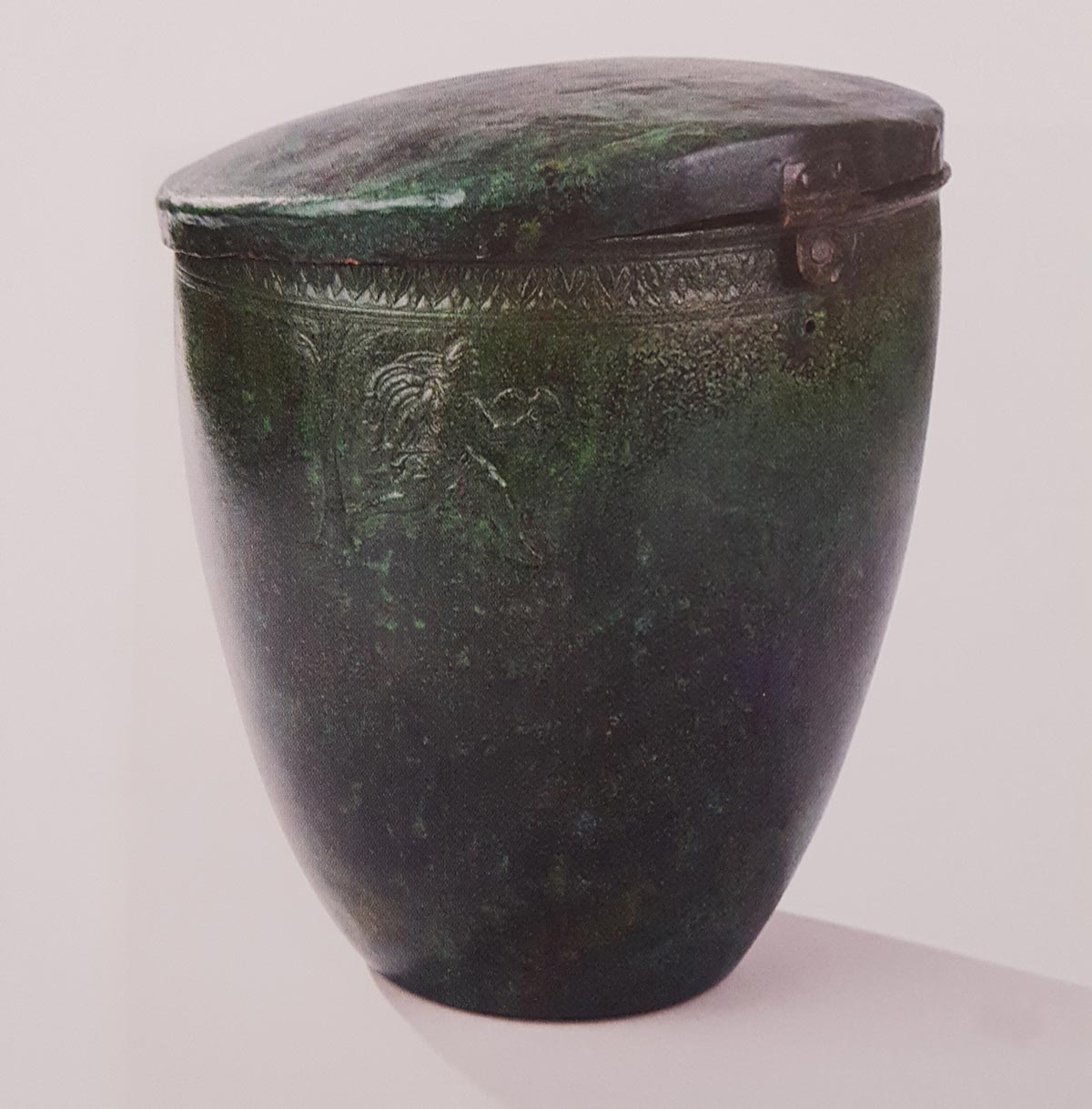 This ornamental strip, though, is not the only pattern that gаrnishеs the piеce. There is a whole theme running around the body of the bronze situla. The well-preserved scene contains two relief figures that appear to be running – one of a Greek and one of an Amazon.

The Greek is nude, his garment is wrapped around his left hand and slightly waiving behind him. Instead of looking somewhat static, the image of the Greek seems to move, highlighted by the carefully crafted details. He wears a helmet which is of the Corinthian type and his face is left uncovered. In the right hand, he holds a sword and carries a shield on the left arm. 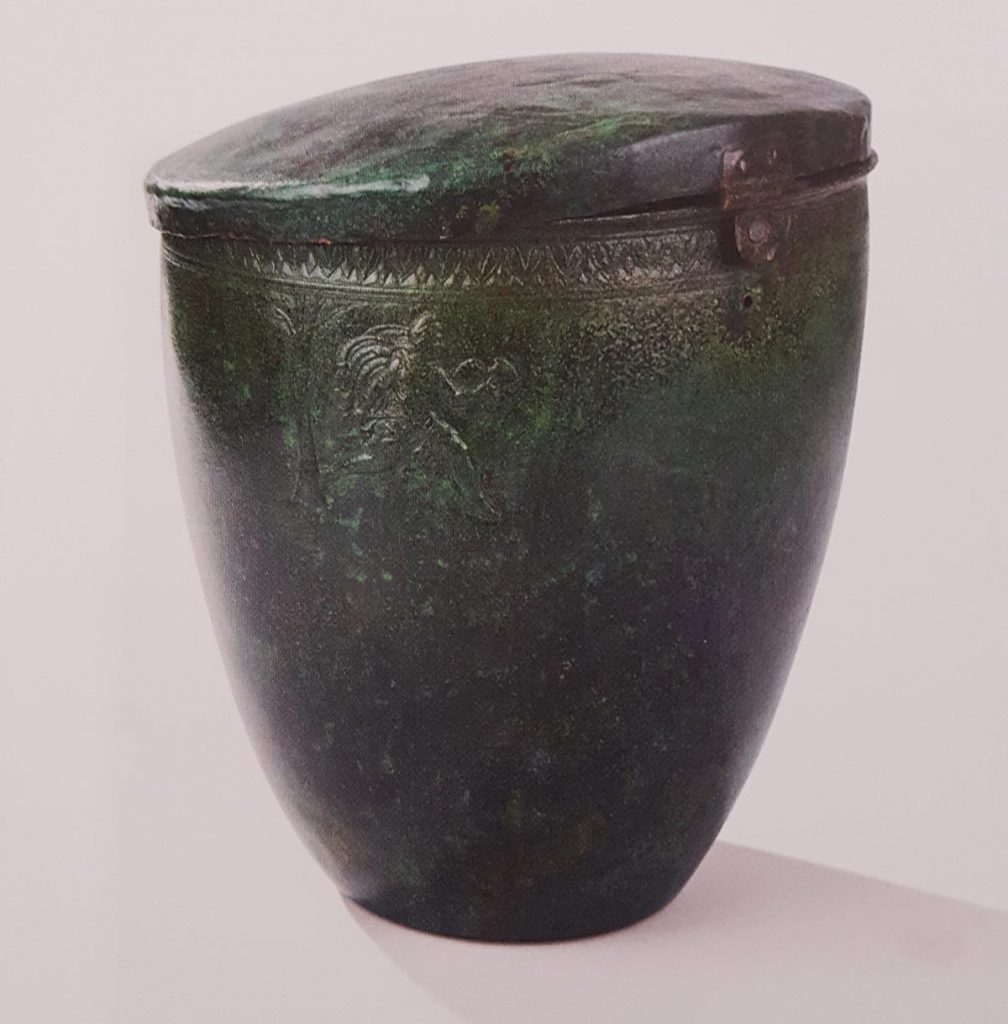 The running Amazon is depicted in a short chiton with long sleeves covering her arms and slightly tight pants. Once again there is a strong hint of movement subtly represented by the himation that billows behind her back. Her head is covered by a bonnet, her left arm holds a shield and her right hand holds an axe. 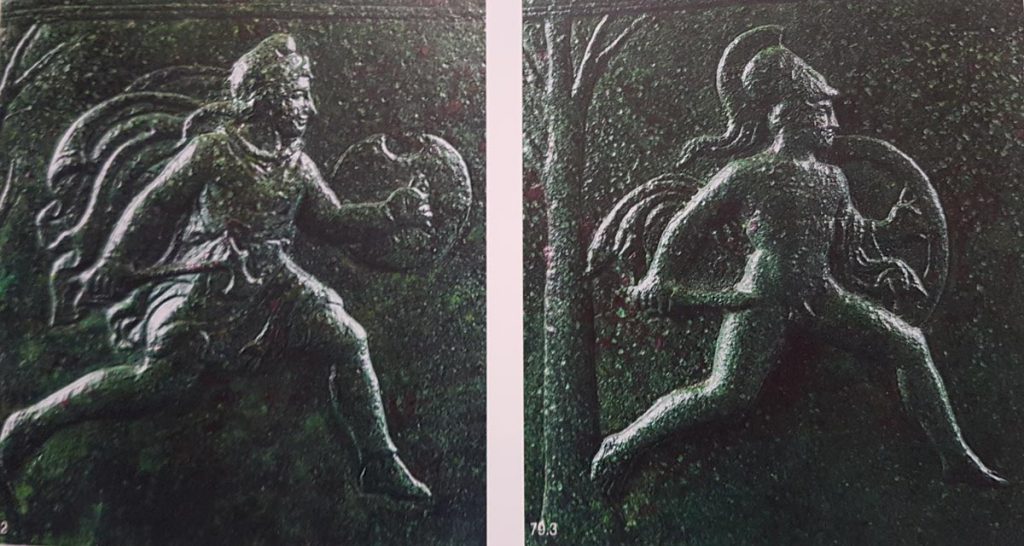 The whole scene is highlighted by trees and branches. This landscape so distant from crowded battle scenarios makes the two relief figures quite unique.

Something interesting is that this precise choice of representation takes the use of figures even further. They are extracted from larger scenes so the focus is entirely on them. There are no other symbolic or figural distractions.

According to different sources and discussions, situlae with relief decorations have begun to be produced in the latest years of the 5th century BC. This approach though continued on until the third quarter of the 4th century the least. Vasil Bojkov’s exemplar is placed at the beginning of the series and dates back to the 400-375 BC.

There are, of course, other examples with interesting scenes shown on the body. A piece in Berlin unveils a scene with Perseus on one side and Medusa on the other. Another piece, this time found in Pastrovo, Bulgaria, shows Dionysus on one side of the situla and a sitting youth in front of a herm on the other.

Many other artefacts, that belong to Vasil Bojkov Collection are kept in different regions and places, including South Italy, Vassiliovo in Bulgaria, Proussias in Asia Minor and more.